This is Lisbon's most expensive office


The age old question: What is the most expensive, most luxurious, most exclusive, most sophisticated office in town? To find out the answer to that question, look no further. We're about to present to you what is officially, the primmest office space in the city of Lisbon.

Located in Avenida 5 de Outubro, we're talking about a penthouse office space in the prestigious Edifício Presidente. As the name suggests, the building's fame dates back to the 1980's - for being the headquarters to former Presidents of Portugal. Yes, that's right, this is where you can often find former Presidents in the hall, or even share the elevator with them. Interestingly enough, workers from the many offices inside the building tend to develop a relationship with the former Presidents such as Ramalho Eanes. Moreover, this is where the embassy of South Korea is located, which further adds to the diplomacy component that is adjacent to such an iconic and historical building. 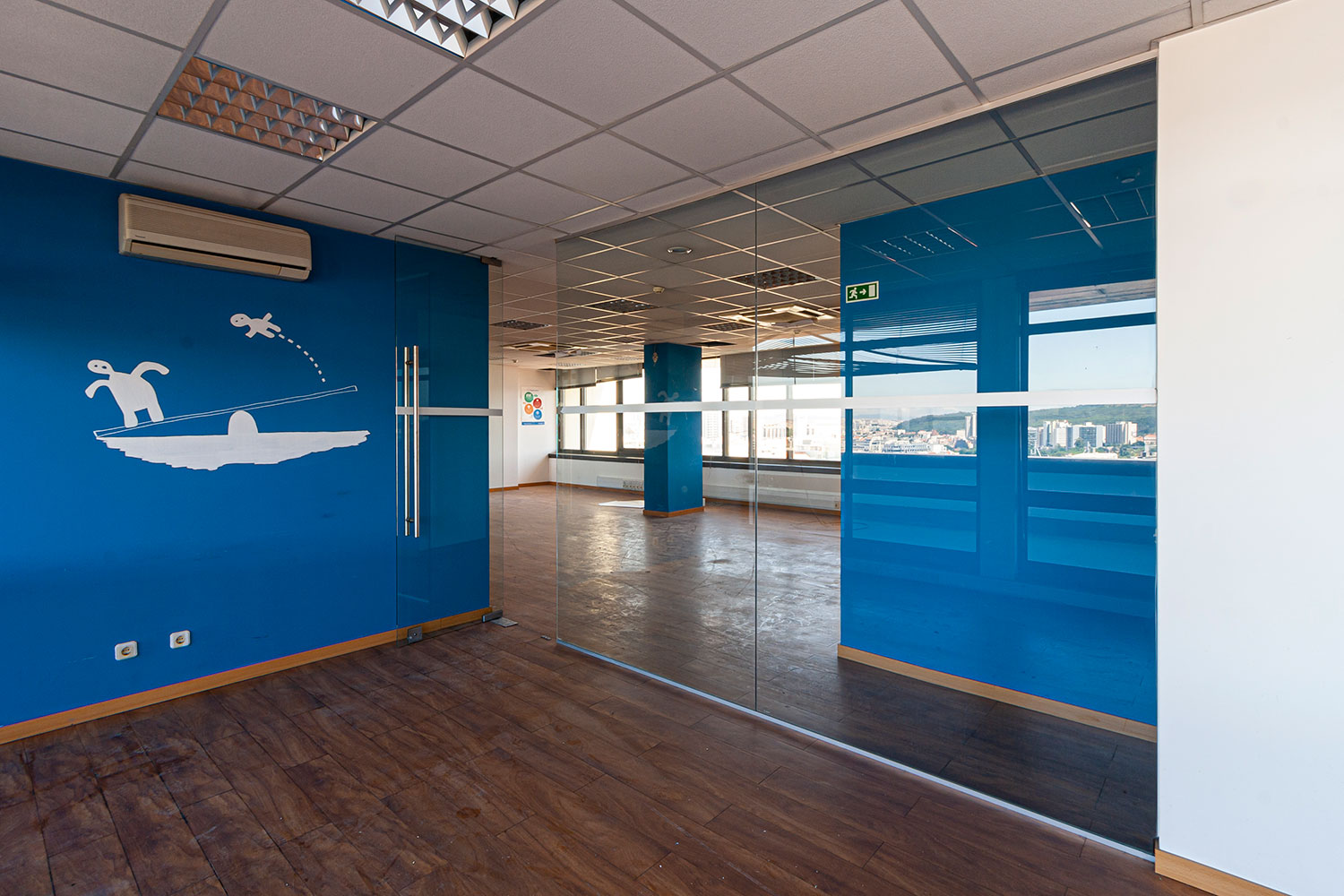 Photo of the office before Architecture TOTE SER's intervention

But what in fact makes this the most expensive office space in Lisbon? Not every office inside the Edifício Presidente falls within that title, instead, the only office that is proud to hold that position is the 12th floor penthouse. Not long ago, this was just a regular penthouse with an outside lounge - the structure has always been a good base for whatever purpose was intended, but up until 2019 it was just a normal office floor in Lisbon. That was until TOTE SER acquired it, proceeding to completely overhaul the space.

TOTE SER is famous for its asset conversion expertise, having turned offices into residential for as long as 30 years. This time, however, it wasn't about distorting the concept of the office - but rather give it a residential touch that would make the staff feel as comfortable as if they were working from their living room. Feeling comfortable in the environment where you work in is something that is thoroughly considered and put in practice by TOTE SER. From the moment you come in, you won't notice any white halogen lamps, neither bland grey desks nor boring layouts. The key was to make it look like you just entered a multi-million dollar high street penthouse, with an industrial type architecture that holds one of the most sophisticated home automation systems, paired with floor heating and book-matched marble coatings. 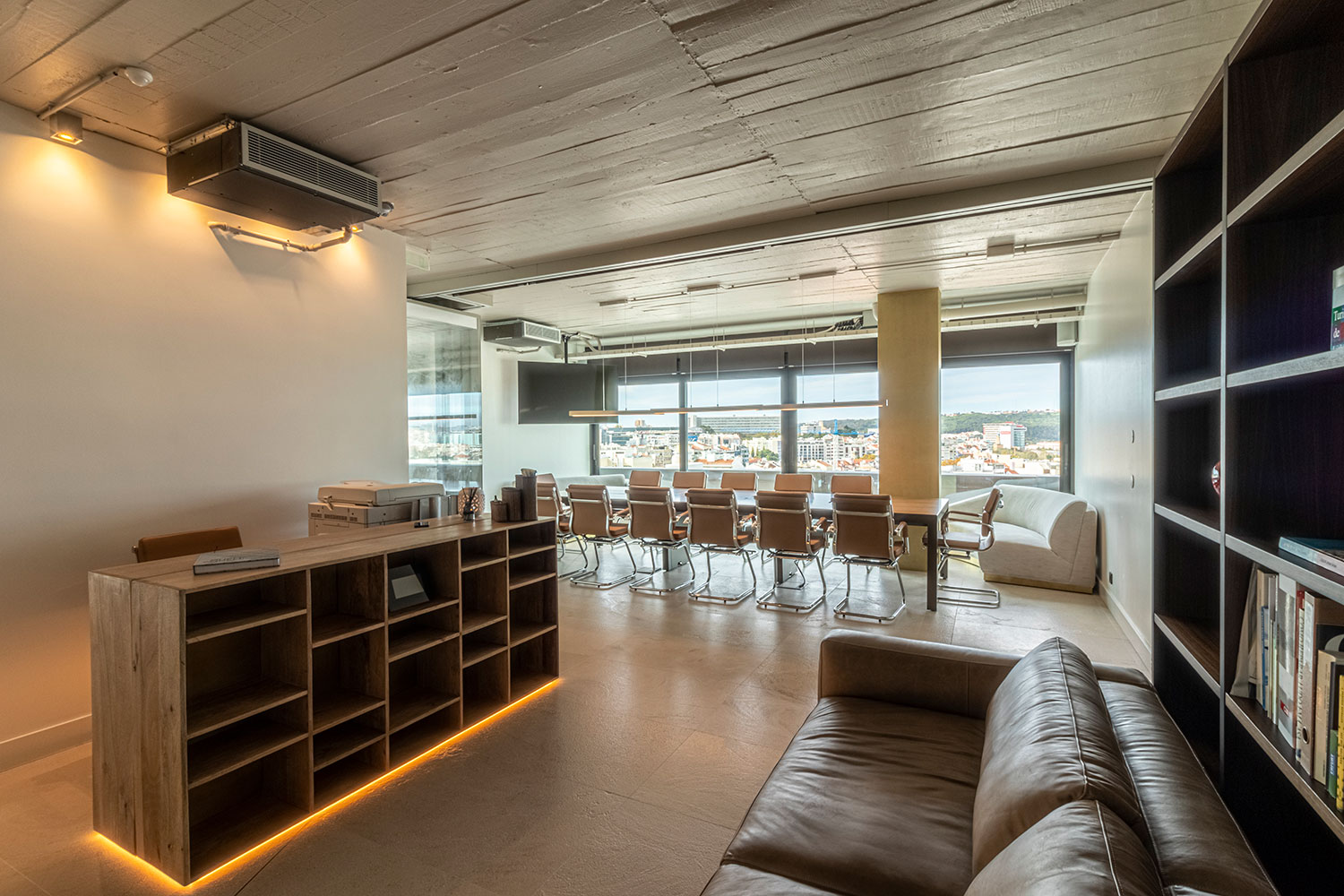 Photo of the office after Architecture TOTE SER's intervention

Now, it's important to mention that none of what was made was solely projected to look good, in fact, functionality, fluidity, sophistication and well-being were the recipe to turn it into a state of the art, highly capable work environment. To accomplish so, TOTE SER applied fundamentals from Feng Shui, blending components such as space perception, colors and light to perfectly achieve that sense of well-being in the subconscious of the individual. This led to the architecture and design of a space that you can argue looks very different from the traditional office: the ceiling was left in bare concrete and painted in a neutral grey; the walls display a comforting, non-reflective satin white from CIN's exclusive 2019 collection; the furniture has several tones of brown, due to the strong bet in different types of wood; the floor is a natural stone with a pearl finish, with a rough surface simulating sand along with crusted brass; leaving glass to be material of choice to surround the penthouse and providing a clear 360-degree view to the capital, where it's possible to see the urban landscape, Monsanto and even Palácio da Pena.

Photo of the office before Architecture TOTE SER's intervention

The architecture inside was made to optimize space and promote performance. As so, desk placement envisions both sense of privacy and togetherness with coworkers, leading to communication with ease. People work better in a place they feel well in, and that's the philosophy that inspires TOTE SER. Being close to windows, coworkers can feel powerful and accomplished by working with this prestigious view, valuing their role even more. There are places to relax, with comfortable couches spread across the office, 65” LED TV's to enjoy, a large outside lounge to socialize with poofs, and even showers in the WC's - in case you fancy a shower after work. This revolution of the traditional office space isn't cheap; it's the most expensive office space in Lisbon per square meter. 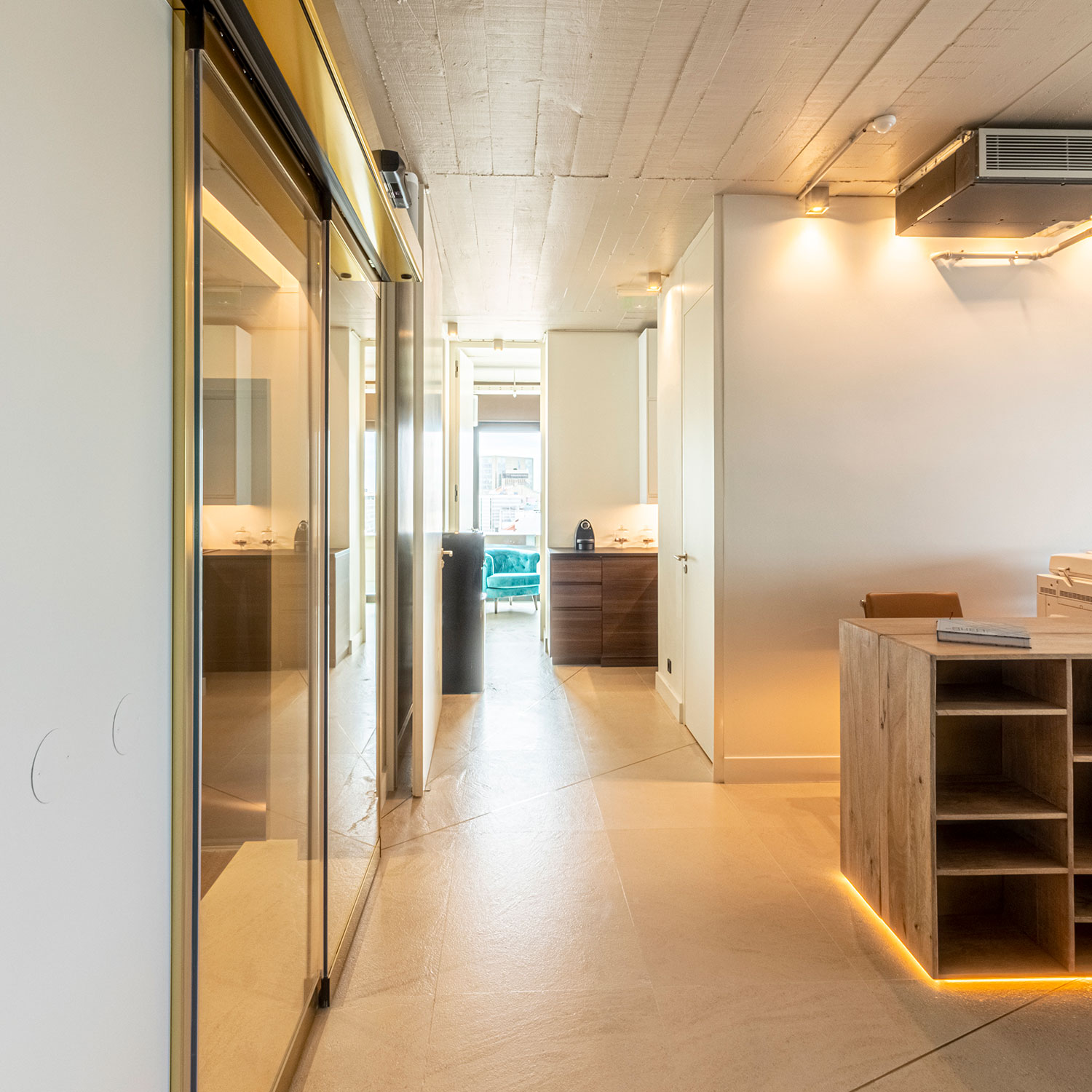 Photo of the office after Architecture TOTE SER's intervention

And the best of all? This office is available to rent. It's possible to enjoy the true most expensive office in Lisbon, and have the unquestionable prestige of being based in the most Inn location for services in Lisbon. Being advertised on the Idealista and Imovirtual platforms, this space will cost 5600€ per month. An avant-garde design that features a centralized home automation system, 4 rooms, pantry, 2 toilets and outdoor space. With modern finishes, it also has under floor heating, air conditioning and 2 exclusive parking lots in the building. Without a doubt, a great price for a great office. Nevertheless, the bounce-back trend of working at home is revealing that, in Portugal, it won't be a viable alternative in most sectors. This is because productivity, as well as all socio-economic issues associated with WFH, contribute to cons that, in the long run, outweigh the qualities they offer. In this way, offices aren't going anywhere, and the need for companies to resort to the traditional style of the workplace, will remain.